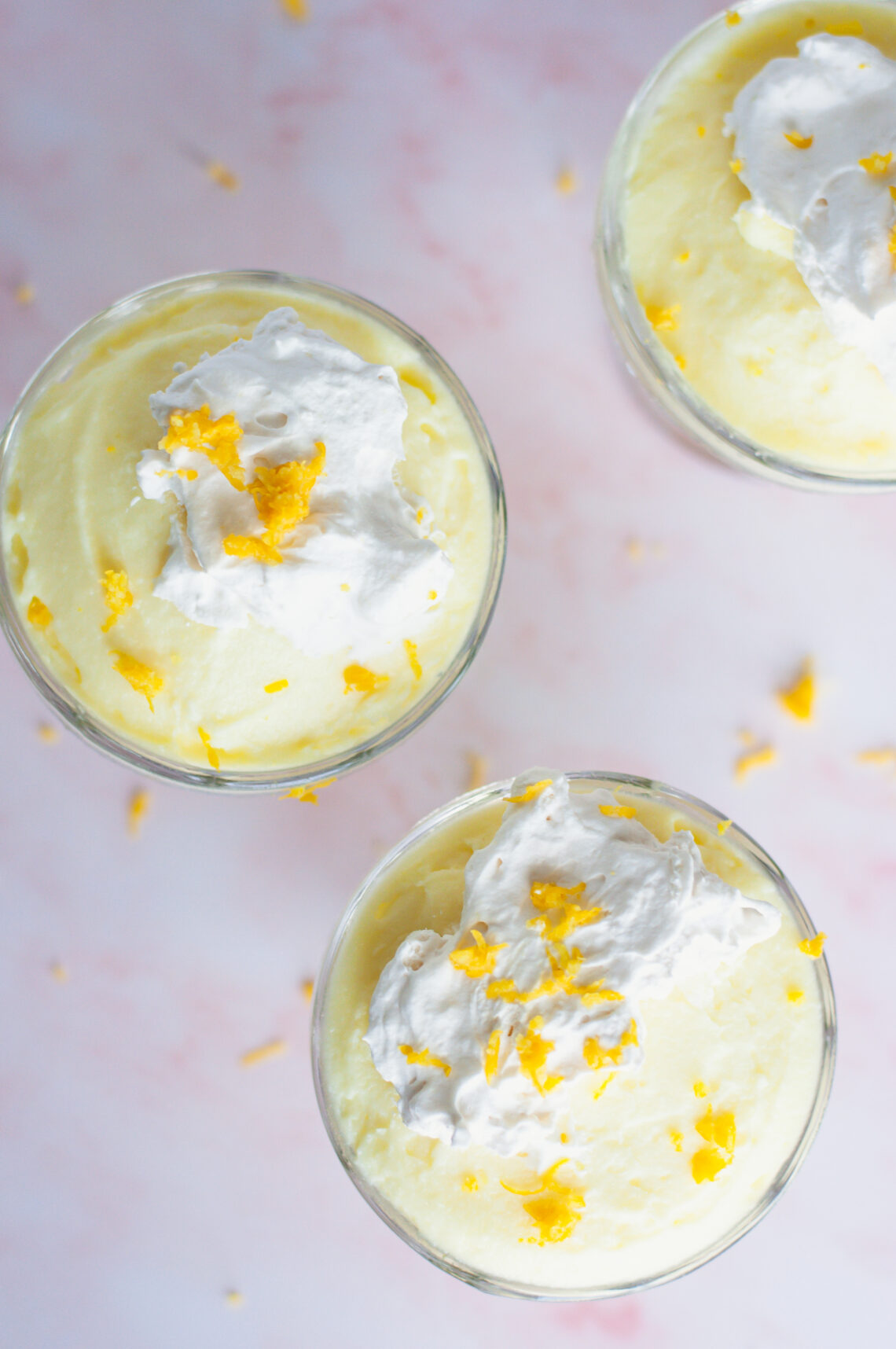 Hey girl heyyyyy! I had so much fun shooting this recipe with my girlfriend Brett. We caught up, swapped kid stories, and obviously “sampled” these adorable Healthy Lemon Turmeric Mousse. I mean, it is 10am on a Friday, mousse is better than having mimosas right?  Wait…is it?

The smell of lemon reminds me of so many things. Spring time, a clean house, sweet and savory dishes, and of course, tangy desserts.

The lemon itself, is a descended from the citron, the sour orange, and the pomelo. It’s packed with Vitamin C and acts as a natural immune boosting source. It’s not only the Vitamin C that is thought to be good for your system. The fiber and plant compounds in lemons have also been shown to significantly lower risk factors for heart disease. (1)

So what’s my secret to these healthy desserts?

It’s my, Registered Dietitian and health-food connoisseur, addition of greek yogurt. I substituted greek yogurt for heavy cream, which makes this mousse lighter in calories and lower in fat.

Years ago, when Greek yogurt first hit the scene, I was first in line to stock my fridge with it. Its creamy texture and protein packed content immediately became a breakfast staple in my house.

Soon enough though, I realized breakfast was just the beginning. Greek yogurt can also be used in baking. It will make your baked good super moist and works exactly the same way as sour cream. The natural fat helps ensure your baked goods don’t dry out. Just be sure to use whole milk or 2% Greek yogurt.

Not only does greek yogurt add extra nutrition (great source of calcium and potassium) to sweet and savory baked goods, it also makes them taste significantly better.

Don’t Skip the Salt: the key to extra firm egg whites is to beat the eggs and add a pinch of salt to help the process along.

Carefully Fold the Egg Whites: incorporate the egg whites in batches. Typically, I do 3 batches: start with about 1/3, then another 1/3 and fold in what’s left. And never mix, but fold your beaten egg whites

Room Temperature Eggs: take the eggs out of the fridge at least 30 minutes before using them. Remember, before fridges became so widely used, eggs were not stored in the fridge .

In a large heat-proof bowl, whisk together the 3 egg yolks, 3 whole eggs, 1 cup Swerve, the lemon zest, lemon juice, turmeric, and a pinch of sea salt. Place the bowl over a pan of simmering water, and over medium heat, continually stir with a wooden spoon for about 10 minutes until the mixture is thick like pudding.

Consider change to a whisk when the mixture starts to thicken.

Take off the heat and set aside for 15 minutes. Cover with plastic wrap and refrigerate for 1 to 2 hours, until completely chilled.

In a standing mixer, whip on high 1/2 the egg whites and a pinch of salt with the whisk attachment. Add the remaining 2 tablespoons sugar and continue to beat until the whites are stiff and shiny.

Carefully fold the beaten whites into the cold lemon mixture with a rubber spatula.

Place the yogurt in the same bowl of the electric mixer fitted with the whisk attachment and beat on high speed until the yogurt forms peaks.

Carefully fold the yogurt into the lemon mixture.

Fold in the lemon curd. 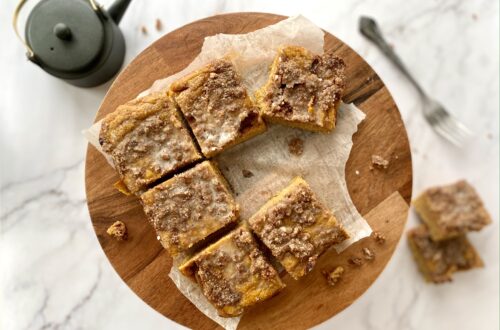 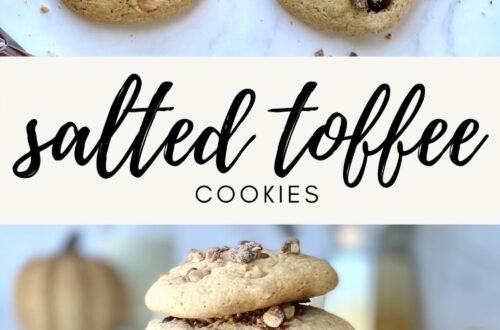 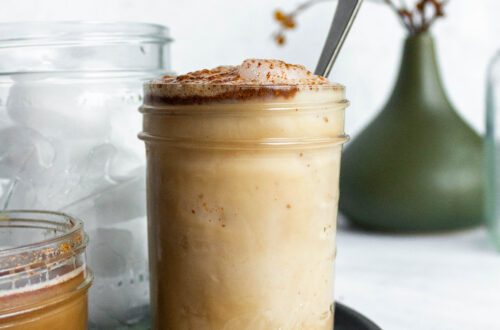